Vegan chef On the run

Vegan chef On the run 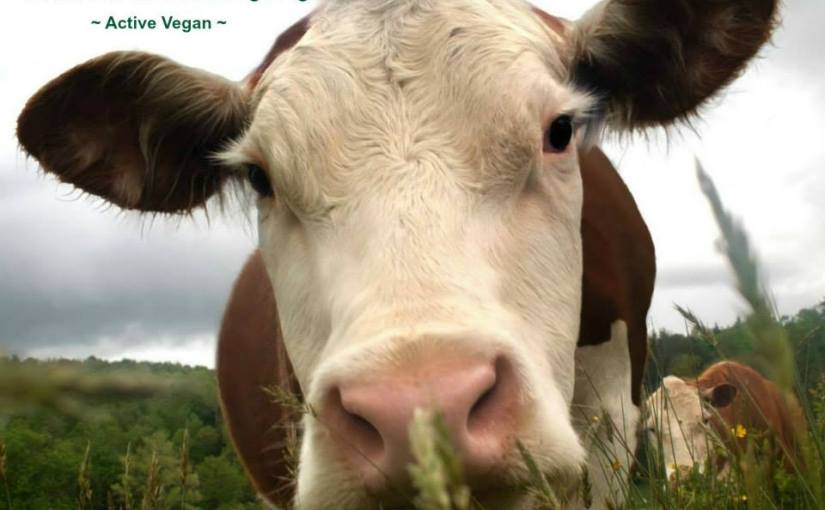 Some of the most credible critics are long time agricultural farmers and ranchers like Howard Lyman. People who grew up farming, milking cows and have been absolutely horrified by by the animals that have been turned into nothing but mechanical devices that, pumped full of drugs, the only emphasis is producing animal product…s as quickly and as cheaply as possible. The number of slaughtered animals world wide is over 60 billion annually. Just try to imagine the perverse plight of a farm animal that’s going to be slaughtered. A deeply sensitive, intelligent being. A cow, a turkey, a lamb, a pig for example. Once who knows what’s about to happen but he’s trapped, he cannot escape. Try to envision such a life if you dare call it that. Even for a few moments. Put a face on the ‘meat’. See who the being actually was on your ‘steak’. See who the being actually was on your ‘chop’. See who the being actually was on your ‘drum stick’. There are other beings in the world who are aware of the world and they are aware of what happens to them. And what happens to them matters to them. It makes a difference to their life from the inside. They have a biography not merely a biology, that they are somebody not ‘something’ and what happens when you have that awareness, you understand that those beings have no voice. They have no power. They have no constituency among themselves to speak for themselves , and so you understand that if they are to be heard, you must do the speaking for them. With animal consciousness you understand that your commitment to the vulnerable extends beyond the human family.

We’ve heard a lot of talk about evil, and we tend to have this vision of evil as fanatically passionate people, people who are either religious fanatics, or who are crazed and commit evil deeds and that’s all on our front pages and these are terrible things and we know that this is a terrible thing but having said that we tend to ignore the other kind of evil. Cold evil this is evil not done out of passion or out of prejudice or religious fanaticism. These are the cold institutional systemic evils that we see for instance in factory farming where billions and billions of animals are treated in an absolutely evil and terrifying way and yet it’s systemic. It’s hidden from view. No one is passionately stabbing them. It’s the system that’s evil. If the average person were to see what happens to create that ‘meal’ , he would be horrified. You need to continue to create that awareness.

TSE diseases have very long incubation periods and cannot be detected in their early stages and largely go diagnosed however are 100% fatal. The statistical information regarding these diseases is almost totally obscured. There ought to be mandatory reporting of CJD for example (to name but one), and consideration for autopsy ought to taken on anyone who passes from dementia for example. Proper studies are still not being done. Would you really know if you were eating a full blown BSE animal? A dangerous chance to take don’t you think? Think too about your family and your loved ones. Do you really want to continue to risk feeding them diseased ‘meat’ thus making yourselves ill constantly and open to diseases? With an incubation period that can last anything up to 40 years, you really do not want to watch your loved one suffer with any of the diseases passed on through the consumption of any animals and their bi products.

Turn to history for life’s lessons and encouragement and instruction. Be warned by what has happened to others and how much they suffer daily. If we look at how native American people were once fueled and treated by the conquistadors. When they were viewed as non-human beings, and when their blood was used to fertilize fields. It’s unthinkable today. When we look at slavery, when you could buy and sell and beat with impunity people of African decent. Unthinkable today. When woman couldn’t get divorced or own property or get an education or vote. Unthinkable today. What history teaches us is that a few good people who are determined and who are persistent, who don’t give up can change the world. So what we have to believe as activists is that we’re not going to do this tomorrow. The wall of oppression has to be taken apart a brick at a time. When we get a critical mass of people change will come. That’s how we ought to go to sleep at night and that’s how we ought to wake up the next morning. That ought to be our faith!

If we are going to deal with the problems that we are having whether they are health, the environment or the animal issues we have to do it in this generation. We are now up against the wall and we cannot afford to take a pass. We cannot say that it is up to somebody else to take care of this problem. It’s up to us right now to get involved. If we don’t there may not be a future for our children and grandchildren. All of those animals that we are killing are killing us. This is about the absolute survival of the human species. Spread this message for as long as you have breath in your body. Animals are waiting for us to become informed and to become enlightened. We have no choice but to go vegan.

One thought on “Why going vegan is important , right here, right now in this generation.”